Congratulations to MRL PI Prof Paul Fletcher for his part in scooping 5 (five!) BAFTAs for video game Hellblade: Senua’s Sacrifice – featuring an 8th century Pictish warrior who, in the throes of psychosis, must fight her way through a Viking hell. Alongside his work on behavioural aspects of consumption and how these relate to obesity Paul is a psychiatrist interested in how the brain builds up an image of the world in which it must survive. He is also a keen advocate of Public Engagement with research.

Paul was approached by Ninja Theory, who wanted some initial information and advice as they started to develop the game, but this turned into a much more extended and collaborative dialogue which was further encouraged, shaped and supported by the Wellcome Public Engagement team.

Paul says “My own experience of collaborating on the game has been highly positive. Things really took off when they included, from an early stage, a group of people who have lived experience of psychosis.”

In an article in the Huffington post Paul reflects on his involvement in the project:
“It’s a shame to see a powerful and maturing art form seemingly content to [badge] insanity as a convenient shorthand to motivate an otherwise inexplicable threat of violence. …The player… tacitly agrees to see a strange new world from the hero’s perspective…..[might this] enable more ambitious representations of mental illness, perhaps even engendering a very powerful sense of empathy? … Senua – the sufferer – …is no victim and it’s clear that her character owes a powerful debt to the in-depth and often very personal conversations with those whose lives have been touched and changed by such experiences…. It is a game and its purpose is not to lecture or educate. But it does achieve, I feel, something special.”

1 in 3 people haven't had any contact with their diabetes team during the pandemic. This needs to change. That's why today, we’re launching our new campaign calling on the Government to make diabetes a priority📢Sign our open letter now: https://t.co/mtlmrOltjr #DiabetesIsSerious 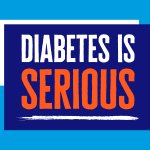 If anyone wanted to know how my lockdown went/know what my research is about we have published our #peptidomics review with @JProteomeRes 😁 thanks to @Rlchardkay, Amy George and the Gribble Reimann group and @MRL_Cam

Peptidomics: A Review of Clinical Applications and Methodologies

Yesterday I chaired a panel discussion on post-PhD careers as part of the @MRL_Cam student symposium (our first in person event in 18 months!). It was great to welcome back @MRL_Cam PhD alumni to share their career experiences and the advice they would give to their PhD-selves! 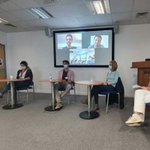 Enjoyed being back “home”!! Good luck to all @MRL_Cam students. Remember to enjoy the ride, including the bumps! https://t.co/Tq2btGHYDv