The study, carried out in mice as a ‘model’ (proxy) for human pregnancy, could help explain why some babies grow poorly in the womb.

In nearly all mammals, the fetus receives nourishment via blood vessels in the placenta, a temporary, specialised organ thought to have evolved between 150 and 200 million years ago. The placenta contains cells from both baby and mother and acts as the interface between them, allowing exchange of molecular signals, nutrients and more. The placenta is continuously bombarded by signals from both ‘sides’ and needs to integrate and process these signals to ensure healthy development. As it grows, the fetus must access more nutrients and one of the ways this can happen is by promoting the growth of a bigger and better blood vessel network in the placenta; in humans, placental blood vessels reach a total length of approximately 320 kilometres at term. Not much has been known about how the fetus communicates this increasing need for food to the mother. Between 10% and 15% of babies grow poorly in the womb and reduced growth of blood vessels in the placenta is often seen in these cases.

The study, published today in Developmental Cell, used genetically engineered mice to show how the fetus produces a signal to encourage growth of blood vessels within the placenta. The signal, known as IGF2 (insulin like growth factor 2), reaches the placenta through the umbilical cord. In humans, levels of IGF2 in the umbilical cord progressively increase between 29 weeks of gestation and term: too much IGF2 is associated with too much growth, while not enough IGF2 is associated with too little growth. Babies that are too large or too small are more likely suffer or even die at birth, and have a higher risk of developing diabetes and heart problems as adults.

As the placental vasculature develops, a reservoir of IGF2 also forms there, as this is produced continuously in the cells that line the expanding blood vessels. The pool of IGF2 influences other types of cells in the placenta to comply with the nutrient demands of the fetus.

We’ve found how the fetus communicates with the placenta and prompts it to expand its network of blood vessels towards the end of gestation, when the baby needs a lot of food for fast growth. When this communication breaks down, the blood vessels don’t develop properly, the baby gets less food and becomes stunted.

We’ve known for some time that IGF2 promotes local growth, by acting inside of the organs where it is produced. In this study, we unveiled a new role for IGF2, which is to act at distance, similar to a classical hormone. This new role is used as a means of communication between the growing baby and its placenta.

Particularly interesting is what the findings reveal about the tussle taking place in the womb.

In mice, the response to IGF2 in the blood vessels of the placenta is mediated by another protein, the IGF type 2 receptor (IGF2R). IGF2 (the signal) and IGF2R (the receptor) are both ‘imprinted’ – a mechanism by which genes inherited from the father or the mother can retain information about their parental origin. We inherit one copy of a gene from our father and another copy from our mother and for the majority of genes both copies are active. However, for imprinted genes, one of these two parental copies is switched off. In this case, only the copy of the Igf2 gene inherited from the father is active, while only the copy of Igf2r gene inherited from the mother is active.

Maternal-offspring interactions are largely viewed as cooperative, as both mother and fetus have common ‘interests’ related to wellbeing and survival. However, over evolutionary time, the fetus has evolved mechanisms to increase transfer of nutrients at a higher level than the mother is actually prepared to give.’

In our study, co-operation seems to have evolved from conflict as paternal IGF2 and maternal IGF2R work together in the cells that line blood vessels to set up a harmonious network of blood vessels in the remarkable organ that the placenta really is.’

The team say their findings will pave the way for a better understanding of how the fetus, placenta and mother communicate with each other during pregnancy. This in turn could suggest ways to use medication to optimize levels of IGF2 and promote healthy growth of the placenta. 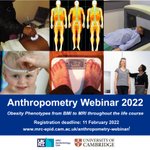