This popular annual event is something that many members of IMS-MRL staff get involved in.

In 2017, Fiona Gribble and Paul Fletcher gave an excellent public talk entitled Inside out: how the gut influences the brain’s view of the world. The talk and a lively Q&A session are available to watch on our YouTube channel.

IMS-MRL researchers also took part in both weekend ‘hands-on’ events, helping to welcome thousands of people to the Festival as part of the Cambridge Metabolic Network stand. Visitors discuss the role of fat, diabetes and genetic mutations which can lead to metabolic disease. Our ‘guess the amount of sugar’ game was especially popular! 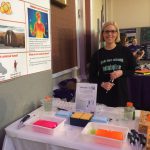 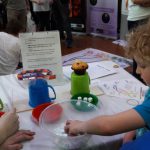 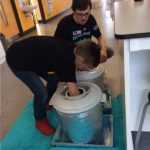 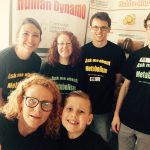 In 2016 we took part in three ‘family days’, exploring how our senses influence each other and how this affects flavour perception, the role of insulin and fat in body metabolism, and had children (and many adults!) pushing a marble ‘poo’ through a life-size knitted model of the human gut to learn how we digest our food.

With activities that included tasting colourful drinks and jelly beans, visitors could try on their own how easily our flavour perception can be tricked. One of the highlights of the stall was the funny faces of children when they realized they were eating liquorice. 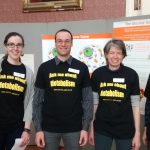 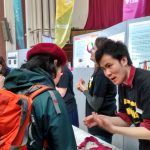 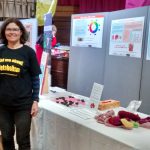 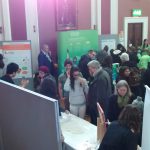