Research from the laboratories of Professor Sue Ozanne and Dr Amanda Sferruzzi-Perri shows that exercise immediately prior to and during pregnancy restores key tissues in the body, making obese mice better able to manage blood sugar levels and lowering the risk of long term health problems.

A moderate level of exercise immediately before and then during pregnancy leads to important changes in different tissues of the obese mother, effectively making the tissues more like those seen in non-obese mothers.

We believe these changes may explain how exercise improves the metabolism of the obese mother during pregnancy and, in turn, may prevent her babies from developing early signs of type 2 diabetes after birth.

Being overweight or obese during pregnancy increases the risk of complications in the mother, such as gestational diabetes, and predisposes both her and her infant to develop metabolic diseases such as type 2 diabetes. Exercise is known to improve how the body manages blood sugar levels and thereby reduce the risk of type-2 diabetes and metabolic syndrome. It also helps prevent excessive gestational weight gain and the development of gestational diabetes, and the need for insulin use in women who have already developed gestational diabetes. However, little is known about the changes that exercise causes to the tissues of obese pregnant mother.

Mice were fed a sugary, high fat diet so that they become obese and were exercised on a treadmill for 20 minutes a day for at least a week before their pregnancy and then for 12.5 minutes a day until day 17 of the pregnancy (pregnancy lasts for around 20 days in mice). Researchers found that beneficial effects of exercise on metabolic health in the obese mothers related to changes in how molecules and cells communicate in maternal tissues during pregnancy. Exercise affected signalling pathways involved in responding to insulin, in storage and breakdown of lipids and in growth and the synthesis of proteins.

Mice are a useful model for understanding human metabolic changes because of our common characteristics.

A longer summary of the research is available on the University of Cambridge website. 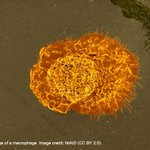 NEW from @dollytheis and @martinwhite33: Successive governments’ approach to #obesity #policies has destined them to fail https://t.co/IJLWhEfZUN 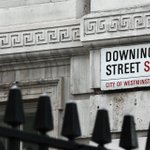 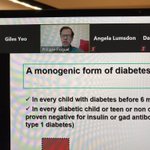 Do you have an interest or involved in the anthropometric and body composition measurements? @MRC_Epid & @CambridgeBRC Anthropometry Webinar: Obesity Phenotypes from BMI to MRI throughout the life course from 12 February 2021 BOOKING IS NOW OPEN

The MRC Epidemiology Unit and the NIHR Cambridge BRC are planning to run the exciting event “Anthropometry Webinar: Obesity Phenotypes from BMI ...