Great to see our paper appear online today at Nature. This was the result of a terrific collaboration involving many people in the Wellcome-MRC Institute of Metabolic Science including Giles Yeo, Brian Lam, Alice Williamson, John Tadross, and Kara Rainbow from the MRC Metabolic Diseases Unit and Ken Ong, Felix Day and Claudia Langenberg from the MRC Epidemiology Unit and of course John Perry, who has a foot in both parts of the IMS. Key UK collaborators include Sarah Finer and David van Heel from QMUL and the Genes and Health study, Nic Timpson and Kaitlin Wade from Bristol University and the ALSPAC study and we also linked up with US-based scientists: Roger Cone at the University of Michigan and Rich Simerly at Vanderbilt University

In brief, we have established that the nutrient-sensing melanocortinergic system of the hypothalamus appears to bifurcate.  In addition to its known role in providing signals that control the acquisition and retention of energy via the Melanocortin 4 Receptor, we now report that it controls the disposition of energy to sexual maturation, growth, and the acquisition of lean mass via the Melanocortin 3 Receptor (MC3R).

How did we discover this? It’s a long story! We were aware of some large prospective cohort studies with great metabolic and anthropometric data which, for one reason or another, have not yet been exome-sequenced. Frustrated by this, I challenged Giles Yeo, Brian Lam and Kara Rainbow to come up with a pooled technique that could allow us to sequence interesting genes in such populations and reliably and affordably identify rare mutations, even singletons, the functional properties of which we could then interrogate. They succeeded brilliantly and validated the technique beautifully. So we got in touch with Nic Timpson at Bristol and asked whether we could use this method to begin to establish the frequency of signalling-defective MC4R mutations in the ALSPAC birth cohort. That study went really well and we identified an unexpectedly high frequency of functionally impaired mutations in MC4R with big effects on body weight and body fat during early life. As the method we developed made it as economical to examine two genes as one, Giles suggested sequencing the MC3R, as it had been tentatively thought to be relevant to obesity but the data was murky. We found 6 heterozygous carriers of MC3R mutations in ALSPAC which Alice Williamson and Brian Lam proved to be functionally impaired. These children were no heavier than their peers but they grew more slowly through childhood and had a trend towards lower lean mass. This intrigued us, as similar phenotypes had previously been reported in mice lacking the MC3R.

Around that time we had been starting work with Sarah Finer and David van Heel on metabolic and endocrine aspects of the Genes and Health Study, where exome sequencing data is available on British populations of South Asian origin enriched in consanguinity. We looked at the MC3R sequence data and found that two participants carried homozygous missense mutations, one of which was totally dead on functional characterisation. The G&H study, at that time, didn’t have much up-front phenotypic data on participants, but does allow recall by genotype. Sarah Finer managed to get hold of the homozygous carrier and phenotype him. He was extremely short (about 155 cm or ~5 ft 1 in) and went into puberty after the age of 20. The ratio of his lean mass to fat mass was very low and he had reduced IGF-1 levels.

In parallel, we looked for heterozygous missense variants in MC3R in 500K UK Biobank participants with a MAF of >0.05% and functionally characterised them. Carriers of functionally impaired mutations had lower height and delayed puberty and some variants also associated with low IGF1 and lean mass. In general the severity of functional impairment correlated with the phenotypes. When the exome sequencing data from UK Biobank came along we undertook aggregated burden tests of rare missense variants which corroborated our work on the functionally characterised variants. Our colleagues in the MRC Epidemiology Unit John Perry, Ken Ong and Felix Day did awesome work here, helped by Alice and Brian. Of note, in a previous GWAS study of pubertal onset led by the MRC Epidemiology Unit,  common SNPs in the vicinity of MC3R had appeared in the top 50 or so “hits”. Working with Claudia Langenberg we found some intriguing metabolomics and proteomic associations which point to some key potential downstream pathways underlying the effects.

Meanwhile, using a combination of single nuclear sequencing and RNAScope, Brian, Giles and John Tadross looked to see where the MC3R was expressed in the hypothalamus. Thanks go here to David Rowitch’s lab (Cambridge Dept. Paediatrics) for great help with the advanced microscopy.  We were really excited to see that MC3R expression was significantly enriched on neurons expressing Growth Hormone Releasing Hormone (GHRH) and on the Kisspeptin-expressing neuron, known to be key to the initiation of puberty. As the manuscript was in preparation Roger Cone, the doyen of the MC3R, published the MC3R expression data which contained very similar findings. We also obtained highly consistent data from human post-mortem hypothalamus.

We contacted Roger to discuss our findings and explore the possibility of doing relevant work in his murine model of MC3R deficiency. We were excited to hear that he had previously undertaken some unpublished work which showed that the disruption of estrous cycling by fasting was completely dependent on MC3R. Although MC3RKO mice had previously been reported to be reproductively normal, when the timing of their sexual maturation was carefully examined, there was in fact evidence for delay. Richard Simerly had been collaborating with Roger and kindly allowed us to incorporate his lovely data showing that MC34R expression in key hypothalamic nuclei concerned with sexual maturation appeared to be developmentally regulated.

So what does this all mean? Well, over a period of about 30 years, the key role of the central melanocortin system in receiving and responding to signals of nutritional state, including leptin and insulin, has been unveiled progressively. The findings of this paper allow us to propose a refined bifurcating model which more clearly establishes the MC3R’s role in the control of the disposition of nutrients.

As with all research, many questions remain unanswered. MC3R is highly expressed on POMC and AGRP neurons and Roger has shown clearly that it influences aspects of eating behaviour. Humans heterozygous for LoF mutations have absolutely no evidence of any increased fat mass, though their lean mass is reduced. On the other hand, our single homozygous null proband was severely obese and in MC3R KO mice there is some increase in fat mass – especially as the animals age. Perhaps some MC3R tone is needed to maintain energy homeostasis in humans. We will have to wait until other homozygote human carriers of null mutations emerge to gain any clarity on this.

Do these findings have any implications for human health?  The most obvious and immediate one is that the MC3R gene needs to be included in clinical gene panels included when investigating children with markedly delayed growth and puberty.  Also, rare people who lack POMC don’t seem to go into puberty. While treating them with an MC4R agonist has dramatic effects on their obesity, it hasn’t been reported to initiate sexual development. Maybe an agonist with more potency at MC3R will result in better outcomes for these patients? Our findings also provide a mechanistic basis for the observations of the marked increase in final adult height and reduction at age at puberty that has occurred over the past century or more in almost all developed countries. Over this time period, the average age at menarche has reduced from around 17 years to 12.5 years and adult height has increased by between 10 and 20 cm. These striking secular changes have generally been attributed to more widespread access to adequate nutrition but the mechanism through which nutrition can influence growth and sexual maturation has been unclear. Nutritional sensing by the melanocortin system and its transmission through the MC3R pathway to central neuroendocrine control of growth and reproduction appears to provide a coherent mechanism lying behind these global phenomena.

The reduction in lean mass seen in MC3R deficient people brings up another translational possibility. Could therapy with MC3R agonists specifically stimulate the accumulation of lean mass, including muscle? This could be useful in a wide range of medical conditions where sarcopenia leads to frailty. Is MC3R exerting its effects solely through GHRH and growth hormone-IGF1 or are there other contributors?  So much more to learn and do!  Thanks to all the wonderful collaborators for this exciting and truly multidisciplinary voyage of discovery.

Read our summary for non-specialists. 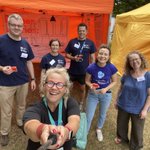 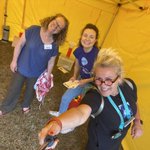 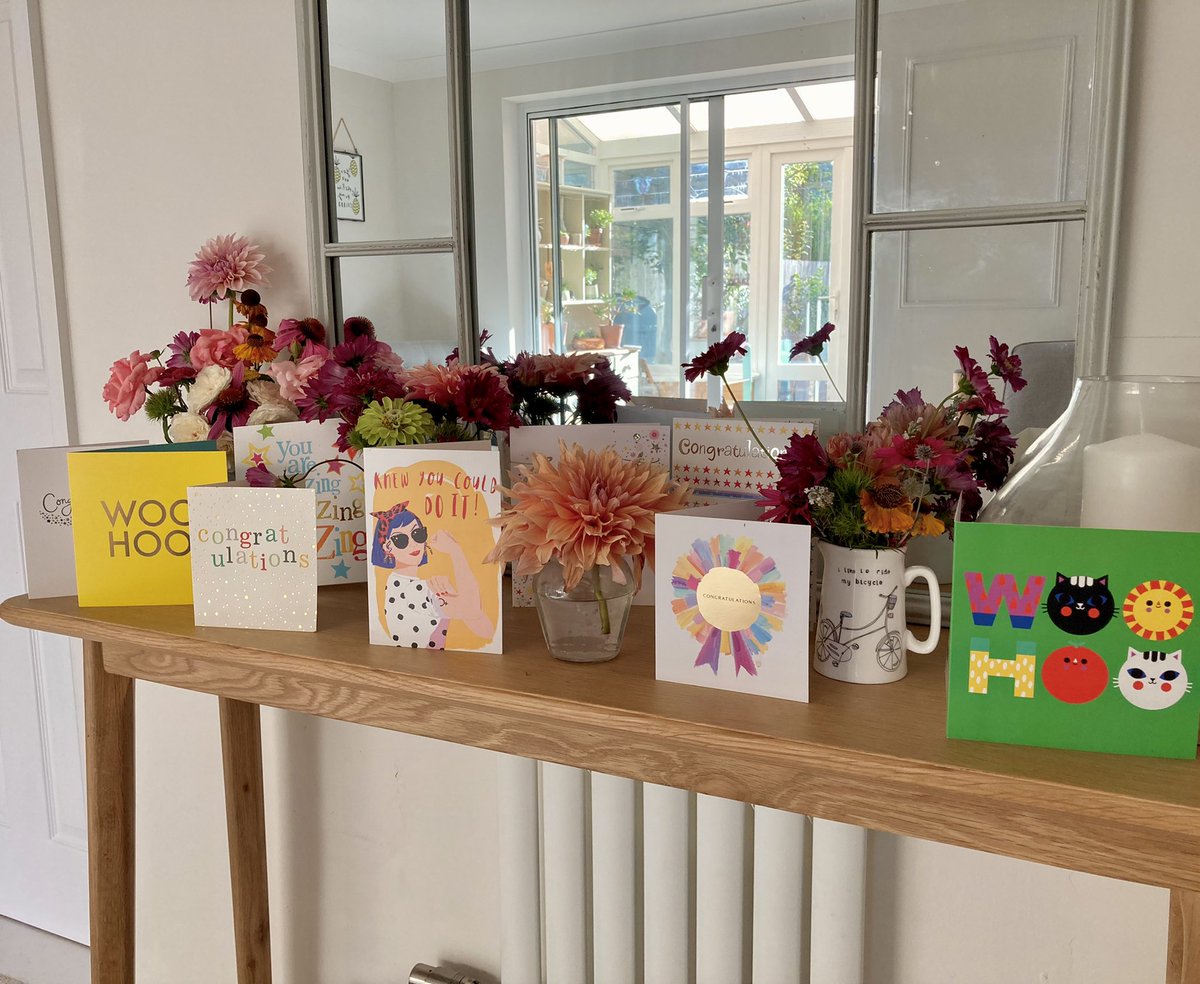 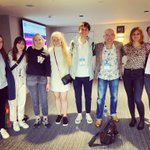