In a study carried out at the Wellcome-MRC Institute of Metabolic Science (IMS) Translational Research Facility (TRF) in Cambridge,women with eating disorders were assessed to establish whether stress led to loss of control in eating behaviours. Researchers from the University of Cambridge Department of Psychiatry, supervised by Professor Paul Fletcher and Dr Hisham Ziauddeen – also of the IMS-Metabolic Research Laboratories – found that, contrary to perceived wisdom, participants with eating disorders did not binge-eat in response to stress.  Their findings are published today in the Journal of Neuroscience.

This unique study was made possible by facilities available in the IMS. Participants visited the TRF’s Eating Behaviour Unit, which allows for the strict control of diet and environment with observation of metabolic status during a residential visit, and the next door Wolfson Brain Imaging Centre where they performed tasks while their brain activity was monitored using a functional MRI scanner.

If we can get a better understanding of the mechanisms behind how our gut shapes those higher order cognitive processes related to self-control or decision-making, we may be in a better position to help those women affected by these extremely debilitating illnesses. To do this, we need to take a much more integrated approach to studying these illnesses. That’s where facilities such as Cambridge’s new Translational Research Facility can play a vital role, allowing us to monitor within a relatively naturalistic environment factors such as an individual’s behaviour, hormone levels and, brain activity.

The research was funded by the Bernard Wolfe Health Neuroscience Fund, Wellcome, the NIH-Oxford-Cambridge Scholars Program and the Cambridge Trust. Further support was provided by the NIHR Cambridge Biomedical Research Centre.

More than 1.6 million people in the UK are thought to have an eating disorder, three-quarters of whom are women.

📢Our Early Researchers Seminar Series is back next week!🎉🎉

Find out about this term's programme: https://t.co/q27N0HY5rI

Are you a PhD student or postdoc in Cambridge? We're still looking for people to present or chair a seminar! Sign up here: https://t.co/UsHh2RUJWd 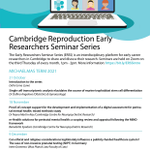 Very excited to welcome @ResearchKgh, the newest site for the @DiGest_trial! Congrats to all in the team on a great start to recruitment. Looking forward to working with you to answer impt questions about #GDM diet & improve care for mums & babies in future @DUK_research @MRL_Cam

“We recruited our first patient to the DiGest_Dietary Intervention in Gestional Diabetes study This study is to assess the effects of a reduced ...

This #WorldMentalHealthDay, if you’re struggling, ask for help. IMS-MRL staff and students can reach out to our mental health first aider; details on our EDIW noticeboard or intranet. If you're not consider an #actofkindness or donation to a #MentalHealth charity 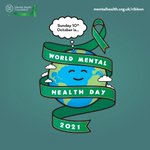 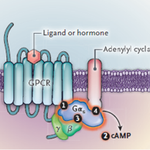