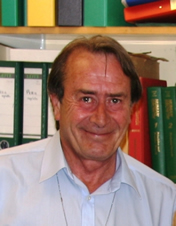 We are very sad to share the news that David Dunger FMedSci, Professor Emeritus of Paediatrics, University of Cambridge and Principal Investigator at the IMS-MRL passed away on 20th July 2021.

David was internationally renowned for his research into the pathophysiology of type 1 diabetes and its complications in children and young people.  His studies of genetic and environmental interactions during childhood growth have helped in determining risk for type 2 diabetes.  He published over 600 peer reviewed papers and led major international research consortia.

Professor Dunger was a Fellow of the Academy of Medical Sciences and recipient of numerous awards including the Andrea Prader Prize from the European Society for Paediatric Endocrinology, the James Spence Prize from the Royal College of Paediatrics and Child Health, the James Tanner Award from the British Society of Paediatric Endocrinology, and the International Society for Pediatric and Adolescent Diabetes Prize of Achievement.

David’s wife, Dr Dame Jane Roberts, DBE, FRCPsych, said: David died quietly at home with his family.  Although he had been ill for quite some time, he was determinedly working until some weeks ago – and deeply frustrated when he was no longer able to do so.

David will be greatly missed by colleagues and friends throughout the University.

The BMJ has published an obituary full of facts about David’s interesting life (subscription required).

Looking forward to this panel discussion with Prof Carol Brayne @CamPubHealth, Prof Theresa Marteau @PCU_Cambridge, @GilesYeo @IMS_MRL and our own @dollytheis on 11 Oct examining the Government’s Healthy Eating Strategy and if we can afford to scrap it.

The Government’s Healthy Eating Strategy: Can we afford to scrap it?

Join our distinguished panel to discuss this important topic.

Fantastic news - congratulations from your friends and colleagues @IMS_MRL
👏👏👏👏

Happy to share this new study on the roles of Mir483 from Miguel Constancia lab, with key contributions from @ozannelab, and many current and past colleagues at @ObsGynaeCam, @IMS_MRL and elsewhere. Feedback is welcome.

Mir483 is a conserved and highly expressed microRNA in placental mammals, embedded within the Igf2 gene. Here, we uncover the control mechanisms and p...

In a trial involving youths with new-onset type 1 diabetes, intensive glucose control with hybrid closed-loop therapy for 24 months did not preserve C-peptide secretion as compared with standard insulin therapy. https://t.co/Llo4uY9SxW 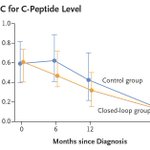