A study published today in Cell Reports suggests that a large mixed-meal tolerance test may detect individuals with metabolic disease earlier than existing tests and allow better targeting of lifestyle and pharmacological interventions.

As growing obesity levels begin to drive epidemics of metabolic disease, including type II diabetes and cardiovascular disease, the question of how obesity leads to metabolic complications becomes ever more important. In a new study funded jointly by the BHF, MRC and Wellcome , Dr Samuel Virtue and Professor Toni Vidal-Puig of the Cambridge University Metabolic Research Laboratories and the MRC Metabolic Diseases Unit led a team of researchers to investigate how adipose tissue function can connect obesity to diabetes. Using mice that lack a gene called PPARγ2, which is necessary for adipose tissue to function properly they demonstrate how the mice appear ‘normal’ when challenged with the diagnostic test for diabetes, the glucose tolerance test. However, these mice with defective adipose tissue have early stage metabolic disease. They developed an overfeeding challenge where PPARγ2 knock out mice ate twice as much food as normal. This helped to unmask early-stage disease as, in response to overfeeding, the PPAry2 knock out mice had multiple markers for metabolic disease compared to normal mice.

The Vidal-Puig laboratory has long studied how adipose tissue functions. It is a dynamic tissue that, when it works well, takes up lipid from food after an individual has eaten, locks it away and then releases it at night during sleep. By regulating free fat availability, adipose tissue controls which nutrients the rest of the body can use. In obese people, adipose tissue can have impaired function leading to reduced ‘metabolic flexibility’. This means that adipose tissue does not take up or release fat properly, causing individuals to use too much fat after they have eaten and too much glucose when they are fasted.

One of the first genes studied in the Vidal-Puig laboratory is a regulator of fat development and function called PPARγ2. Studies from cell models suggested that the absence of PPARγ2 in a mouse would cause severe metabolic diseases such as diabetes. Surprisingly, mice lacking PPARγ2 appear metabolically healthy according to the standard test for diabetes, the glucose tolerance test. In part this is because of a bias as to how the test is conducted in both mice and humans. Glucose tolerance tests are conducted in the fasted state and involve drinking glucose, a carbohydrate. Both humans and mice are classed as having diabetes if they show higher blood glucose levels during the test as their body’s cells are not taking up glucose properly. However, mice lacking PPARy2 have adipose tissue which cannot release fat properly and as a result they are primed to use glucose in the fasted state allowing them to pass the glucose tolerance test.

While mice lacking PPARy2 appeared healthy in the fasted state, when they were fed a large fatty meal (essentially the equivalent of a Christmas dinner!) they exhibited multiple markers of metabolic disease including 10 times the levels of insulin found in normal mice, increased blood glucose and increased fatty acids in their blood. The adverse metabolic profile of PPARγ2 knock out mice in response to overfeeding was caused by the capacity of their adipose tissue being overwhelmed, redirecting fat to other organs and poisoning them.

Importantly, when mice with defective adipose tissue aged they became metabolically ill, even if they ate a healthy diet. This result suggests that adipose dysfunction may be an early event in the development of diseases like diabetes. The human relevance of the work was confirmed in collaboration with Professor José Manuel Fernández-Real of the University of Girona who demonstrated that PPARγ2 levels in humans are greater in healthier individuals.

This study suggests that it may be easier to detect some individuals with early stage metabolic disease by testing them with a large meal, rather than using the traditional test of giving glucose after fasting. The results may also suggest that some individuals with impaired metabolic flexibility could be treated with a diet of lots of small meals, so their adipose tissue is never over-challenged. 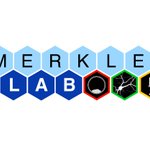 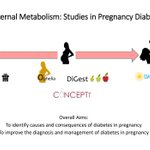