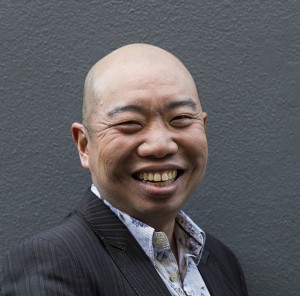 We aim to identify new molecules and pathways that play a role in the brain control of energy homeostasis, and thus reveal new potential therapeutic targets to tackle obesity.

The approaches we have taken include:

Genetic studies point to the brain, and in particular the hypothalamus, as having a crucial role in modulating appetitive behaviour, which has limited the mechanistic insights achievable from human research. The inaccessibility of the human hypothalamus has, to date, meant our understanding of circuitry controlling food intake has emerged primarily from murine studies. For example, arcuate proopiomelanocortin (POMC) and NPY/AgRP neurons are critical nodes in the control of body weight. Often characterised simply as direct targets for leptin, recent data suggest a more complex architecture. Using single cell RNA sequencing, we have generated an atlas of gene expression in murine POMC  and NPY/AgRP neurons. These data reveal murine arcuate POMC neurons to be a highly heterogeneous population (Lam et al, Mol Met 2017). Now, a collaboration with the Cambridge Brain Bank, has provided us access to frozen human donor brain samples. In a BBSRC funded project grant we are transcriptionally profiling >500,000 human hypothalamic cells using NucSeq, as well as mapping the feeding circuitry onto human hypothalamic sections using smFISH. In addition, in a BBSRC CASE PhD studentship together with Novo Nordisk, we are characterising human neurons expressing the GLP1-R. Mechanistic studies on the brain will naturally, still require mouse models. However, comparing and contrasting the human and mouse architectures will allow us, and others in the field, to refine our approach and focus our efforts on only the relevant appetitive circuitry that exists in both species.

Molecularly characterizing, in human neurons, genes associated with severe obesity identified from consanguineous pedigrees. 10% of severe human obesity currently has a monogenic cause. Thus, much of the genetic aetiology of severe obesity remains unknown. In an MRC funded collaborative project grant with Philippe Froguel (Imperial/Lille), we are studying the disease in consanguineous pedigrees. Froguel has recruited a cohort of >400 severely obese children from consanguineous families in Pakistan, in which homozygous mutations in the leptin-melanocortin pathway, identified by whole exome sequencing, explain ~30% of cases. We are currently molecularly characterizing emerging candidate genes that emerge from the screen in human neurons and mapping their expression in the human hypothalamus. In addition, we plan to explore the functional consequences of mutations in these candidate genes in hypothalamic neurons derived from human stem cells.

The first and most robust of the genes identified by GWAS is FTO (fat mass and obesity related transcript) and we have taken a number of different approaches to studying its biology.  We have contributed to characterizing its enzymatic function as a demethylase (Gerken et al, Science 2007; Ma et al, Biochem J 2012), as well as identifying and characterizing loss-of-function human mutations (Boissel et al, AJHG 2009; Meyre et al, Diabetes 2010). Whatever the explanation for the effects of intronic polymorphism on human adiposity, studies of humans and mice indicate that FTO itself is an important regulator of body size and composition. We have demonstrated a role for FTO in the cellular sensing of amino acids, linking levels to mTOR signalling (Cheung et al, IJO 2013; Gulati et al, PNAS 2013), and that FTO links high-fat feeding to leptin resistance through activation of hypothalamic NFкB-related signalling pathways (Tung et al, Mol Met 2016).

However, as FTO has demonstrated, the speed of translating these obesity GWAS genes into insightful biological knowledge has been disappointing for two reasons: (1) the vast majority of the identified obesity susceptibility variants are located in intronic or integenic regions, making the identification of the ‘causative’ gene difficult to establish; and (2) the investigation of the involvement of the ‘proposed’ genes have so far been addressed in more complex model organisms such as mice.  There is therefore an unmet need for validation of this GWAS data.  Drosophila melanogaster, a key model for research in developmental biology, cell biology and neurobiology, has recently been demonstrated to be an excellent model for dissecting metabolic homeostasis and nutrient sensing pathways.